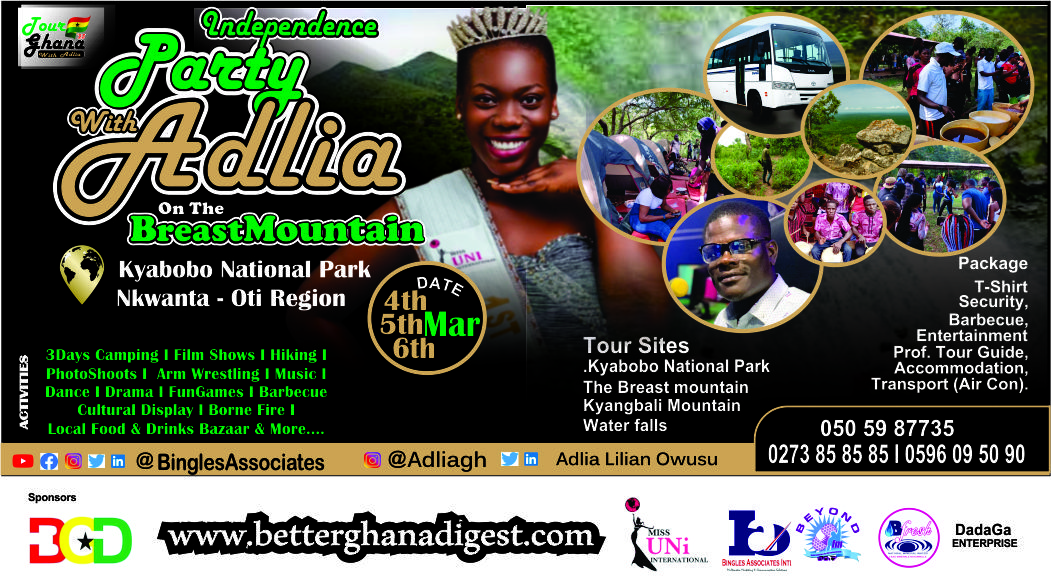 According to Patrick Yaw Boamah, a member of parliament representing Okaikwei Central, the ruling New Patriotic Party (NPP) runs the risk of losing the general elections in 2024 if the government uses the Domestic Debt Exchange Programme to touch the funds of individual bondholders.

He believes that the government should not touch individual bondholders because doing so would be a dangerous turn.

“I am not an advisor to the Finance Minister, he has advisors, so I cannot proffer alternatives or say that you could do A, instead of B. He has the full knowledge of facts about the state of our financing and our economy, and with the support of his technical advisors, he will be able to make a firm determination as to where and what he wants to take this country to,” the vice chairman of the Finance Committee said in an exclusive interview which was aired on Tv3 Ghana Tonight Program monitored by betterghanadigest.com.

“The response is straightforward for me: even with DKM and God is Love, we witnessed what transpired with the NDC and other individuals within that small space. [NPP] was adversely affected by the banking sector or financial sector cleanup during the 2020 elections. The middle class, which was impacted by the cleanup, is a strong supporter base for the NPP.

When it comes to people’s savings and investments, they don’t look right or left; rather, they look for someone who will save them, and they will take solace in a promise made by someone who can’t even keep it. If you say you are going to affect individual bondholders, you are putting the party at a higher risk of losing the general elections in 2024.

“Since it is a very dangerous curve, I am pleased that the Minister has stated that he will return for additional consultations. If he doesn’t come back and say that I’m not touching it, I hope he does the same for pension funds. Otherwise, this one policy will hurt the party and the government a lot.

“I represent a business constituency that is the center of business. People will invest, trade, go around Kumasi and Accra, put money in bonds, T-Bills, and other investments, and they will call you and ask questions. If this choice is made, do you think those people will be pleased with the party in 2024? I hope it doesn’t happen.

By the end of this month, the government wants to start the Debt Exchange program. However, the meeting with individual bondholders regarding the program must first be concluded.

Following the meeting, Finance Minister Ken Ofori-Atta also stated that his ministry anticipates the joint technical committee to complete its work by January 30.

He stated, “I think the clarity for all of us is that it is a voluntary program,” in an interview with journalists in Accra on January 18 following a crucial meeting with bondholders under the umbrella organization Ghana Individual Bondholders Forum (IBF). We’d hoped to get up to 80%, which would still fall below the threshold, so we’re asking everyone to really join.

“The Forum reiterated their legitimate concerns, which concern all individuals and the nation as a whole,” In the same way that we met with members of the Pensions group, we set up a technical committee and they will meet right away—on Thursday, January 19—because we don’t want to miss the deadline we set. We are certain that we will reach our goal.

“The fact that it is a voluntary program is clear to all of us; we anticipate getting up to 80%, which will still put us in the range, so we are asking everyone to participate.

“The government continues to be a government that cares for people, lives, and livelihoods, as we saw in Covid; we protected and will continue to protect the Community of the Republic as it crosses the Jordan safely; that is the challenge we have,” the government stated.

The Individual Bonholders Forum had asked the Minister to stay out of the Program, which was supposed to start on Tuesday, January 31.

In an effort to include their bonds in the Program, they claimed that the government had not sufficiently engaged them.

They said that the government had let them down, especially since the program comes at a time when it was promised that such investments would not be cut in half.

Fire service personnel outlines the most important things to do during fire outbreak.

I didn’t threaten him; rather, he reported me to the party because we had reached an agreement and the company had agreed to pay...

How can I force someone to buy chairs for RCC?/ Regional Minister fights allegation

As an individual, I have no right to take away anyone’s business or concession

Fire service personnel outlines the most important things to do during fire outbreak.

Independence Party With Adlia On The Breast Mountain

Independence Party With Adlia On The Breast Mountain

Sellassie K. A. Sokpe - 30th January 2023
0
Independence Party with Adlia on the Breast Mountain is a three-day event designed to promote domestic tourism amongst Ghanaians in general.

AMPAQX GRAND HOTEL – A Home Away From Home

Abandoned NABCO director cries on live radio, pleads with government to fix him up somewhere

All 3 JHS classes are housed in a church facility facing opposite directions to learn.

How can I force someone to buy chairs for RCC?/ Regional Minister fights allegation

All 3 JHS classes are housed in a church facility facing...

I am appreciative of Manasseh’s documentary for making my job easier-...

Fire service personnel outlines the most important things to do during...

Contact us: info@betterghanadigest.com
FOLLOW US
© Copyright@2019. Better Ghana Digest. Developed by: ShaamaSoft Solutions Ltd
Manage Cookie Consent
To provide the best experiences, we use technologies like cookies to store and/or access device information. Consenting to these technologies will allow us to process data such as browsing behavior or unique IDs on this site. Not consenting or withdrawing consent, may adversely affect certain features and functions.
Manage options Manage services Manage vendors Read more about these purposes
View preferences
{title} {title} {title}